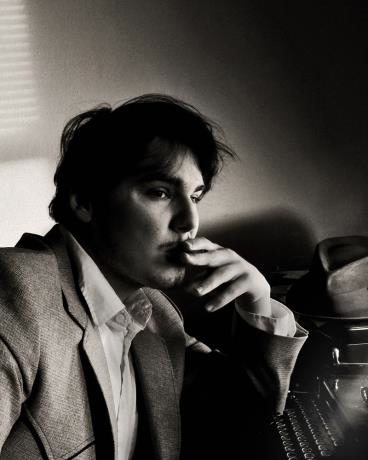 Eric Boyd-----> is a short story writer living in Pittsburgh. A graduate of Chatham University's Words Without Walls program, Boyd is also a winner of the 2012 PEN Prison Writing Contest and was recently nominated for the Pushcart prize.Boyd has previously edited for magazines such as Pork & Mead and Dead Flowers: a poetry rag; he is the current Lit editor for Twisted South magazine. 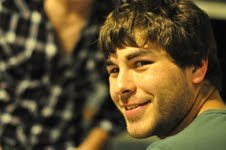 <-----Mike Good is a binge coffee drinker from Plum Boro, who graduated from the University of Pittsburgh in 2011. Since then, he co-founded the Hour After Happy Hour Writers' Workshop (thehourafterhappyhour.wordpress.com) - a casual writers' workshop that meets biweekly in Bloomfield's Big Idea Bookstore. Mike writes poetry and fiction. 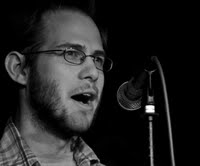 Joe Hall----> was born in the woods and is devoted to Cheryl. He is the author of The Devotional Poems (Black Ocean 2013). With Chad Hardy he wrote The Container Store Vols. I & II (SpringGun 2012). His poems, fiction, book reviews, and essays have appeared in Gulf Coast, Octopus, HTMLGiant, The Colorado Review, and elsewhere.

<-----Jason Irwin grew up in Dunkirk, NY and now live in Pittsburgh. His first collection of poetry "Watering the Dead" won the 2006/2007 Transcontinental Poetry Award and was published in 2008 by Pavement Saw Press. In 2005 his manuscript "Some Days It's A Love Story" won the Slipstream Press Chapbook Prize. 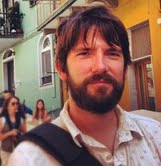 Tony Mancus----> is the author of three chapbooks: Bye Land (Greying Ghost); Bye Sea (Tree Light Books - forthcoming); and Diplomancy (Horse Less Press - forthcoming). In 2008, he co-founded Flying Guillotine Press with Sommer Browning and they make small books. He works as a quality assurance specialist and a writing instructor and lives in northern Virginia with his wife Shannon and their two yappy cats. He went to undergrad at Pitt and doesn't get back nearly as much as he should. 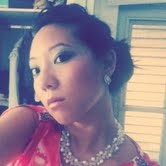 <-----Angela Veronica Wong is the author of how to survive a hotel fire (Coconut Books 2012). She is on the internet at angelaveronicawong.com.
Posted by Karen Lillis at 2:59 PM