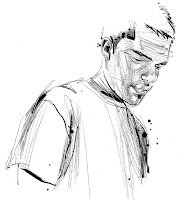 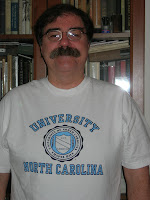 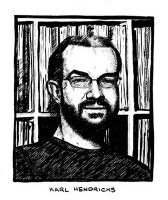 TNY Presents is 1 year old today!!
Okay, so maybe we all look over 21, but we're young at heart, and celebrating our first birthday as a series!

So, drop those tax packets in the mail and come celebrate with us tonight at Modern Formations Gallery and Performance Space.

Have some birthday cake, listen to some excellent writers read from new work, and hear some great music.

If you can drop by a reading series almost at random and hear something really good, chances are that series is doing something right.

I'd heard that this monthly series, at Garfield's ModernFormations Gallery, hosted good stuff: It's three writers (mostly poetry and fiction), plus a short musical performance, plus a potluck option that waives the $5 entry fee if you bring something tasty.

But while the biggest name at the March 18 installment was Baltimore-based novelist Michael Kimball, I thought the highlight was a short story by Kelly Ramsey. I didn't catch the title, but it was one of those stories, not realistic but set in a universe slightly to the left of our own, whose matter is communicated not just by its narrative, but by its very premise.

The story described a woman having a phone conversation with her ex while occupying the roof of their building, where she had (somehow) relocated all of their furniture. The tension was in the counterpoint between the plain, almost mundane dialogue and the rising action, which involved various furnishing hurtling -- silently, and apparently of their own accord -- over the roof's edge.

Somewhat in the Donald Barthelme vein, I thought -- a nice combination of surrealism and deadpan humor, with a poetic emotional undercurrent. Ramsey, an MFA student at Pitt, is a former co-editor of Hot Metal Bridge literary mag.

New Yinzer Presents is one of many events, regularly scheduled and otherwise, hosted by this online magazine (www.newyinzer.com) that for seven years has been a valuable part of the local literary scene. March was "Small Press Month," with wares for sale in the back from local literary entrepreneurs.

Contributors and organizers on-hand included Jessica Fenlon, Kristofer Collins and Scott Silsbe. Kimball read from his new novel Dear Everybody (Alma Books), structured as a series of undelivered letters written from childhood on by a depressive weatherman who committed suicide. The music was by Colin Baxter and his combo. (Full disclosure: two CP types were also implicated, including staffer Andy Mulkerin, who read his poetry, and art reviewer Savannah Guz, who MC'd.)

The seating includes couches, and there's art on the walls. It's a fair bet for the fourth Wednesday night of the month.
Posted by SavannahSchrollGuz at 9:31 AM