Join us as we kick off the Fall semester of TNY Presents with a night full of late-Summer treats. On the reading side of things, we’ll be joined by the immense talents of Scott McClanahan, Cathy Day, Paco Mahone, and Laura Davis. If that wasn’t enough for yinz we’ll have Justin Andrew on hand to provide some truly golden sounds.

Where: ModernFormations 4919 Penn Ave.
When: Wednesday, August 19th, 8pm
Cover: $5 or a contribution to our potluck dinner

Scott McClanahan: (reader) Scott McClanahan is the writer of Stories (published by Six Gallery Press). His other works include Stories II, Hillbilly and the Nightmares, Stories and Revelations, The Sarah Book (Vol. 3 of McClanahan’s Lives), and Crapalachia (all forthcoming). He is co-partner of the company Holler Presents (www.hollerpresents.com), which has produced such films as Preacher Man, Spring, 1386, The Education of Bertie Mae McClanahan, and Lil Audrey’s Last Day at School. He can be reached at scottmcclanahan@hotmail.com. 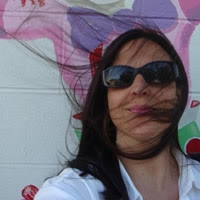 Cathy Day: (reader) Cathy Day was born and raised in Peru, Indiana, which is best known as a circus town, but is also the birthplace of Cole Porter and the Spanish hot dog. She is the author of two books. Her most recent work is Comeback Season: How I Learned to Play the Game of Love (Free Press, 2008), part memoir about life as a single woman and part sports story about the Indianapolis Colts Super Bowl season. Her first book was The Circus in Winter (Harcourt, 2004), a fictional history of her hometown. Visit her at
www.cathyday.com 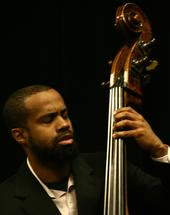 Paco Mahone: (reader) Paco Mahone is a father, writer and musician from Pittsburgh, Pennsylvania. He lived in New York City for several years, taking the public transportation with his 150 year old bass, many late nights with quarter notes. He spent most of his teen and adult life playing in bands, touring the country before returning to college to study music, spent his childhood reading comics, playing with action figures and loved hanging out in the record vaults of the radio stations his father owned. He never pursued his interest in fiction until he took an elective during his last semester at City College Of New York. He currently lives on the North Side with his two boys and supportive wife and is enjoying the role of Mr. Mom while his brilliant wife pursues a doctorate degree. In his spare time, he keeps his fingers in shape, devours books and writes. This is his first public reading.

Laura Davis: (reader) Laura E. Davis was born on a sunny day in Pittsburgh in June. She is a teacher for a local charter school and is currently pursuing her MFA in Creative Writing at Chatham University. She serves as co-founding editor of Weave Magazine and organizes various literary events around Pittsburgh.

Justin Andrew: (music) makes folk-pop music that at once sounds timeless and new; the arrangements classic, yet unique. With crisp vocals and adept acoustic guitar playing, Justin's tasteful music conjures up the early-Seventies scene, when people carefully crafted their melodies and song structure.
Posted by SavannahSchrollGuz at 2:35 PM 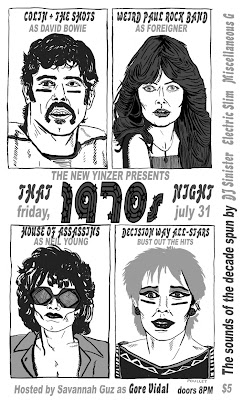 Posted by SavannahSchrollGuz at 9:16 AM

To tide you over until our next reading event, The New Yinzer will be participating Pittsburgh's Small Press Festival on Saturday, July 18th and Sunday, July 19th. Not only will we be sharing a table with good friends Speed & Briscoe, several Yinzers will be participants in panel dicsussions that will take place on both days. Check this line up:

Also, stay tuned for bios of the readers featured in the next TNY Presents event, which takes place on August 19th!! We'll coming back from summer hiatus with a vengence, kids.
Posted by SavannahSchrollGuz at 10:26 AM