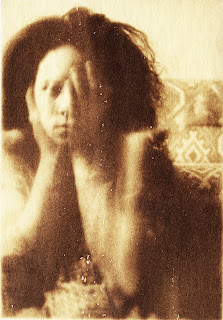 <-----Kelli Stevens Kane's poetry appears in numerous journals including The Mom Egg, Kweli Journal, and Mythium Literary Journal. She's the recipient of a Flight School Fellowship, an alum of the VONA and Hurston/Wright poetry workshops, the editor of Planet Saturday Comics, and the author of an oral history manuscript about 's Hill District. She has performed nationally. For more information visit: http://www.kellistevenskane.com/ 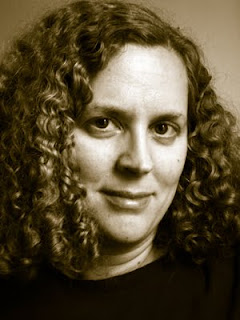 <----Jen Michalski's first collection of fiction, CLOSE ENCOUNTERS, is available from So New (2007), her second is forthcoming from Dzanc (2013), and her novella MAY-SEPTEMBER (2010) was published by Press 53 as part of the Press 53 Open Awards. Her chapbook CROSS SECTIONS (2008) is available from Publishing Genius. She also is the editor of the anthology CITY SAGES: (CityLit Press 2010), which won a 2010 "Best of Baltimore" award from Baltimore Magazine. She is the founding editor of the literary quarterly jmww, and is co-host of the monthly reading series The 510 Readings in . 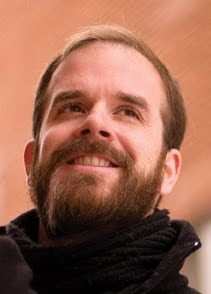 <-----Adam Robinson lives in , where he runs Publishing Genius, a micro press. He also plays guitar in Sweatpants, a rock band, and has written two collections of poetry including Adam Robison and Other Poems which was nominated for the Goodreads Award in 2010, and Say, Poem, a self-published MFA thesis which will be republished this year by Mitzvah Press. CAConrad called his work "marvelous, genius fun." Robinson is also a contributor to HTMLGiant, the literary blog of the future. 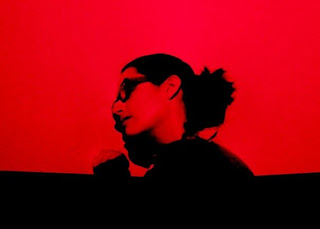 <-----Kristin Ross is a freelance writer, musician, and performance artist who has been active in the cultural scene most of her life. She has been published by The New Yinzer, Zygote in my Coffee, Yawp and The Cerebral Catalyst. She is the author of Day Prize nominated comic book Hate Your Friends and paid her dues in local bands Sing the Evens Play the Odds and the Will Kills. Her current pet project is Literazzi, a poetry and performance troupe that is focused on increasing literacy in . Literazzi donates partial funds to the Greater Pittsburgh Literacy Council and expects to release its first anthology at the end of 2011. Kristin can be found on the internet as the Editorial Intern at Pop Damage, a contributor to Soldout Music, and her own blog: http://baronetess.blogspot.com/ (Kristin’s photo by Ashly Nagrant)
Posted by Karen Lillis at 3:28 PM 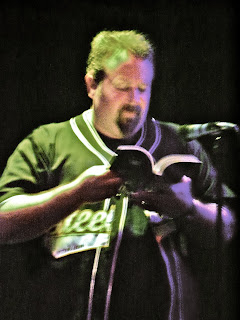 Thanks to everyone who came out last Thursday to the reading. There was a good crowd to greet three of Pittsburgh's own:
<----Dave Newman read a riveting section from his novel, Please Don't Shoot Anyone Tonight. 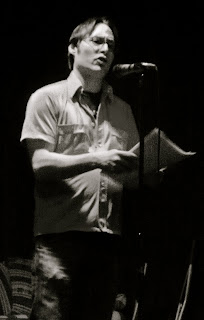 Bob Pajich, who will soon be published on Low Ghost Press, read some wonderful Pittsburgh poems------->
And ex-cop Jimmy Cvetic closed the evening with poems both in and out of his new book, Secret Society of Dog. 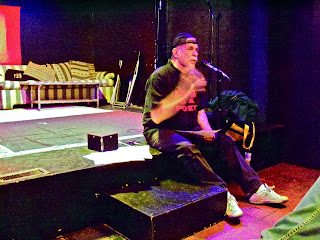