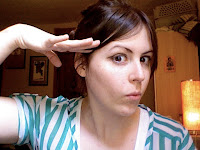 Tessa Barber works as a librarian and writes a blog about teen books and why they are the thing you should be reading. She graduated from Franklin & Marshall College in 2004 where she wrote poems about Goya paintings and fake people in history while studying English & Spanish literature. Then she learned how to be a librarian at Pitt. When she's not reading she manages to feed herself and her cat and learn folk ballads, and write poems about cars & dancing & houses. 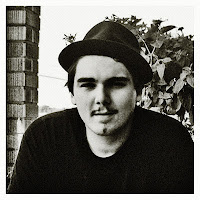 Eric Boyd is an editor for the Newer York, as well as Pork & Mead magazine. Boyd is a graduate of the Words Without Walls writing program at Chatham Universtiy in Pittsburgh; he was recently awarded second place in the PEN American Center's 2012 Prison Writing contest. Boyd’s fiction work has appeared in several magazines, both online and in print. His first short story collection, WHISKEY SOUR, was released this month by Chatham / Nervous Puppy Publishing.

Rose Huber is a science and technology writer for the University of Pittsburgh. Before moving back to PA, she lived in Baltimore, where she received her M.F.A. in Creative Writing & Publishing Arts 2010 and wrote a novella, "A Bear's Place." Her work has been featured in Pear Noir, Weave, and The Light Ekphrastic. She is currently working on a science-into-story chapbook where she translates her science press releases into prose-style poetry. She writes about lots of things and stuff at www.bindandcreate.com.
Posted by Karen Lillis at 10:01 PM