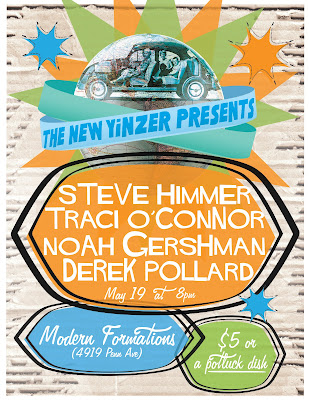 Read more about the May 19th reading here in our previous post. 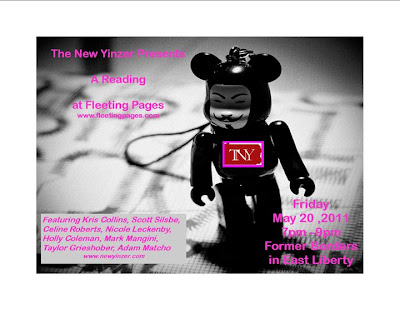 And don't miss The New Yinzer Staff Presents, a May 20th reading at Fleeting Pages pop up bookstore.
Posted by Karen Lillis at 9:48 AM 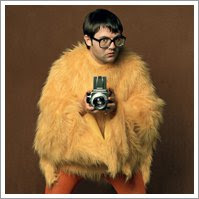 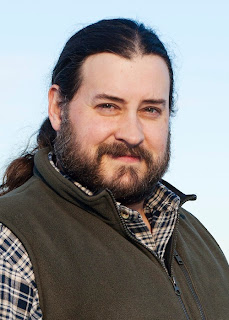 <-----Steve Himmer is the author of the novel The Bee-Loud Glade (Atticus Books, 2010), and editor of the webjournal Necessary Fiction. His stories have appeared in a number of journals and anthologies, most recently Hawk & Handsaw, Weber: The Contemporary West, The Collagist, and Re:Telling. He lives near Boston, where he teaches at Emerson College, and he has a website at http://www.stevehimmer.com. 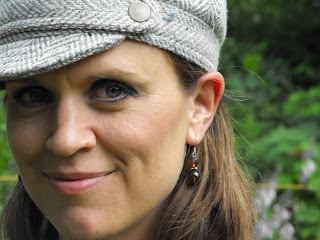 Traci O Connor----> is the author of the short story collection, Recipes for Endangered Species (Tarpaulin Sky Press, 2010). She's published fiction, poetry, non-fiction, and other unclassifiable work in many journals and magazines and is currently at work on: a collaborative film/writing project about her Mormon childhood, a series of art dolls, a novel, a live storytelling series, and the formation of a collaborative artist group called The Box Salon. 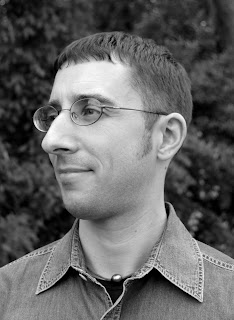 <------Derek Pollard is co–author with Derek Henderson of the book Inconsequentia (BlazeVOX 2010). His poems, creative non–fiction, and reviews appear in American Book Review, Colorado Review, Court Green, Diagram III, H_ngm_n, Pleiades, and Six–Word Memoirs on Love & Heartbreak, among numerous other anthologies and journals. He is a contributing editor for Barrow Street, Inc., and is on faculty at Brookdale Community College, at Pratt Institute, and at the Downtown Writer’s Center in Syracuse, New York. More information is available at www.twodereks.com.
Posted by Karen Lillis at 12:43 PM