Close out your TNY experience for the month of April with an extra shot of TNY Presents. Join us Friday, April 30th as we host out-of-towners Chris Leo and Marcellus Hall! Also on tap are TNY up-n-comers Taylor Grieshober and Wesley Conroy!! Stick around for a nightcap with Pittsburgh’s own Uke & Tuba!!! It’s truly been an action packed month for everybody here at TNY, so come out for one last huzzah for April, to misquote TS Eliot, “the coolest month”.

Where: ModernFormations 4919 Penn Ave.
When: Friday, April 30 @ 8pm
Cover: $5 or a contribution to our potluck dinner

Chris Leo: (Reader) Chris Leo is the author of 3 books, including 2009's Feathers Like Leather, the only book of pure writing carried in the Artbook Spring 2009 catalog. He's also released over 10 albums as frontman for bands like The Van Pelt, The Lapse, and Vague Angels.

Taylor Grieshober: (Reader) Taylor Grieshober will graduate with a BA in Professional and Creative writing in May. She splits her time between the bakery where she works and school. Currently Taylor is trying to fulfill her New Year's resolution to see every Woody Allen film ever made. At the time of writing this biography she is up to 23.

Wesley Conroy: (Reader) Wesley Regis Conroy was born in Pittsburgh, PA. After a brief stint in New York City, he returned to Pittsburgh, where he now lives in Lawrenceville. He is working on a series of short stories. This will be his first reading.

Marcellus Hall: (Words + Music) Marcellus Hall is an illustrator based in New York. He was born on the great plains of the midwest and spent languid summer hours as a youth at the fishing hole or playing video games. Hall graduated with a BFA from the Rhode Island School of Design and moved to New York. His clients have included the New Yorker, the Wall Street Journal, the Atlantic Monthly, and Time, among others. His work has appeared in American Illustration, Communication Arts, and the Society of Illustrators annuals. His first cover for the New Yorker was published in 2005. In addition illustrating the books White Pigeons and 57 Octaves (fifthplanetpress.com), Hall has self-published books of drawings and writing including "Hard Luck Stories" and "Legends of the Infinite City" (a collection of black & white drawings of New York City). Hall has illustrated for Harry Abrams Inc a children’s book entitled Because You Are My Baby (2008). As a musician Hall has made recordings with bands Railroad Jerk and White Hassle and has toured the U.S., Europe, and Japan. Hall continues to make music under his own name.

Uke & Tuba: (Music) Uke & Tuba are Pittsburgh's finest ukulele/tuba/accordion band with back-up dancers (challengers welcomed). Their hilarious stage show explores the common ground between a punk show, performance art, and a karaoke night gone horribly wrong. Memorable past performances include a Girl Scouts convention, Andy Warhol's grave, a wedding, and the One Nation Under a Uke festival in Philadelphia. Visit them at www.ukeandtuba.com
Posted by SavannahSchrollGuz at 8:31 PM 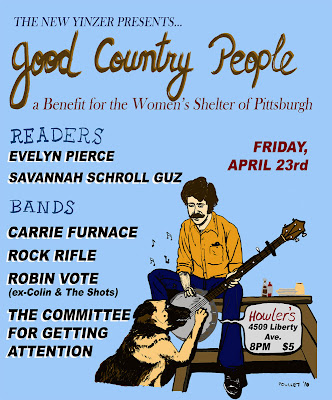 Posted by SavannahSchrollGuz at 9:34 AM

It's our 2nd birthday, kids. Started in 2008, our series is in its third season, but we're now officially two years old! But no terrible twos for us though....we're celebrating with a fantastic selection of 5 writers and 1 excellent band. This month, we're excited to welcome the Cleveland own Burning River Press!

Where: ModernFormations 4919 Penn Ave.
When: Wednesday, April 21st @ 8pm
Cover: $5 or a contribution to our potluck dinner
Will there be cake, you ask: You bet there will.

Also, join us for drinks at Brillobox before the show. You'll find us warming a booth and having a beer (or, usually, a Manhattan) by 6:30 p.m. on show nights. 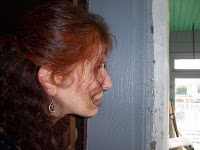 n Smokelong Quarterly, Word Riot, Monkeybicycle, elimae, Eyeshot, JMWW, Pank, Foundling Review, Rumble, Underground Voices, Emprise Review, Matchbook, Pear Noir, The Stray Branch, Blue Print Review and a host of others. Her fiction chapbook , Natural Habitat will be published by Burning River in April, 2010 and available this Wednesday. She's been twice nominated for a Pushcart Prize and lives in the suburbs of Philadelphia. She is currently working on a novel of linked stories. 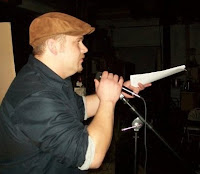 Chris Bowen (Reader): Chris Bowen is an author, editor, and life-long learner. His fiction has appeared in multiple small press and college journals. Among others: Hobart, Muse & Stone, Penumbra and forthcoming, A Trunk of Delirium, Fast Forward Press and Leaf Garden. He is the creator of the Cleveland based website and small press Burning River. He enjoys the culinary arts at Cleveland’s Tri-C Metro campus and swimming in lakes during summer. 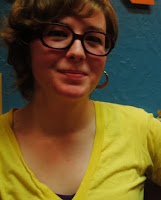 M. Callen: (Reader) In the morning, the first thing M. Callen does is push-ups. M. Callen has always carried a knife. She maintains a promise never to eat Wonderbread again, to never buy ValuTime anything. If once you saw her drinking from the whiskey tree, she apologizes for your gnarled face and busted lip. Sometimes she has a hard time knowing when enough is enough.

M. Callen is full of bad ideas, but not the kind you think. Her memory is, at best, circumspect; full of the ghosts she once slow danced with, or wanted to slow dance with. The trellis and string quartet. M. Callen has always wanted to use the word ‘pirouette’ in a poem; but like many other things, the timing has never been right.

Everyone who has ever come to call M. Callen “home” probably regrets it, because she would not leave and she would not stay. She comes from the silence that folds the night into morning, is descendent of both the albatross and the 8-track. She is less interested in apologizing than she is in asking forgiveness.

Don Wentworth: (Reader) Don Wentworth is a small press poet whose work has been or will be published in Bear Creek Haiku, Bottle Rockets, Modern Haiku, The New Yinzer and Rolling Stone, among others. He has published two chapbooks - Tenpenny Stamens (Random Weirdness) and The Nostalgia Papers (Mockersatz Zrox) - and has a forthcoming book, Past All Traps(Sixth Gallery), due sometime this year.

Martin Dodd: (Reader) Martin Dodd joined a writers group at age 67 in 2002. Since then, he has been published in The Barmaid, The Bean Counter, and The Bungee Jumper; Chicken Soup For The Recovering Soul; Homestead Review; Hobart (Web Issues Dec '06. Jun '07); Cadillac Cicatrix; and Writers Weekly. Dodd has also won awards, or been a finalist, in contests of NorthernPros; St. Louis Short Story Contest; Central Coast Writers (California); Writer's Digest; Inkwell; and Glimmer Train.