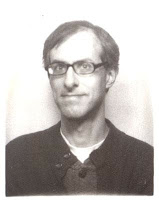 David V. Matthews was born on Neil Young's 20th birthday. David's writing has appeared in the Pittsburgh City Paper and Unicorn Mountain, and he has given readings at Brillobox and the Andy Warhol Museum. Also, his art has appeared in several Western Pennsylvania galleries, including Garfield Artworks, which held a retrospective of his drawings this June. A documentary about him, directed by Pittsburgh filmmaker Julie Sokolow, is in production. He lives with a couple of orangutans made from coconuts. 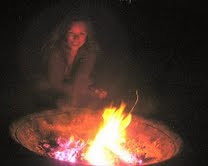 Renee Alberts' poetry and visual art have appeared in print, dance performances, live radio shows and at least one tattoo. She is author of the poetry collection No Water and editor of Natural Language: Carnegie Library of Pittsburgh Sunday Poetry & Reading Series Anthology, a collection of writers featured in the series she founded and curates. She guest hosts 90.5 FM’s Prosody and moderates the Pittsburgh Literary Calendar. She posts writing, photography, and collage, including her Detail a Day Project, at animalprayer.com. 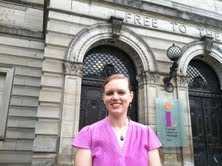 Elizabeth Hoover is a poet, critic, journalist, and, most importantly, a native of Pittsburgh. She has contributed poetry reviews and author interviews to such publications as The Paris Review, The Los Angeles Times, and The Dallas Morning News. Her poetry has appeared in Poetry Northwest, Hayden’s Ferry Review, Natural Bridge, and The Café Review, among others. In 2011, she was a Flight School Fellow, resident at the Virginia Colony of the Creative Arts, and a nominee for Sundress Publications Best of the Net award. She received a combined MFA/MA from Indiana University and is currently working on a biographies of Suzanne Collins and Robert Hayden. You can see more of her work at www.ehooverink.com/poetry.html

Michelle Stoner's first book of poetry, Flats and Riots, was published in 2008 (CustomWords). Her poems have also appeared in The Collared Peccary, The New Growth Arts Review, Weave Magazine, The Carlow Journal, Pittsburgh's City Paper and Natural Language: Carnegie Library of Pittsburgh’s Sunday Poetry and Reading Series Anthology, among others. She is a sound engineer for Prosody, NPR-affiliate WESA fm’s weekly show featuring the work of national writers and holds an MFA in poetry from Carlow University.
Posted by Karen Lillis at 11:16 AM