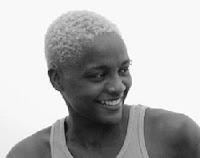 in: Dawn Lundy Martin was awarded the 2006 Cave Canem Poetry Prize by Carl Phillips for her manuscript, A Gathering of Matter/A Matter of Gathering. She is the author of The Morning Hour, selected in 2003 by C.D. Wright for the Poetry Society of America’s National Chapbook Fellowship. In 2002 and 2006, she was awarded a Massachusetts Cultural Council Artists Grant for Poetry. Her poems have appeared in several journals, including Callaloo, nocturnes and Encyclopedia. She is a founding member of the Black Took Collective, a group of experimental black poets; co-editor of a collection of essays, The Fire This Time: Young Activists And The New Feminism (Anchor Books, 2004); and a founder of the Third Wave Foundation in New York, a national young feminist organization. She teaches in the Language & Thinking Program at Bard College and is a doctoral candidate in English literature at the University of Massachusetts. 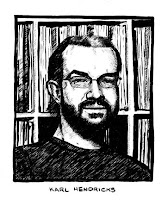 Karl Hendricks: Karl Hendricks lives in Pittsburgh with his wife, Megan, and their two daughters, Maeve and Nell. A chapbook of his stories entitled Stan Getz Isn’t Coming Back was published by Speed & Briscoe. He teaches writing at the University of Pittsburgh and works at Paul's CDs. He also is a musician and songwriter, and with his band the Karl Hendricks Trio (sometimes Rock Band), has released eight albums and toured the country numerous times. Their most recent CD is The World Says. 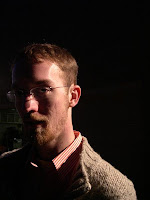 David Bernabo: David Bernabo is a producer, musician, and artist from Pittsburgh, PA. His recent projects include curating the Abstract On Black experimental music imprint and scoring music for Critter Round-Up, one of nine introductory games for Nintendo WiiWare. David has also released a new EP called Mahler Box, which is a prequel to a full-length follow-up due on Sort Of Records this winter.
Posted by SavannahSchrollGuz at 10:15 PM 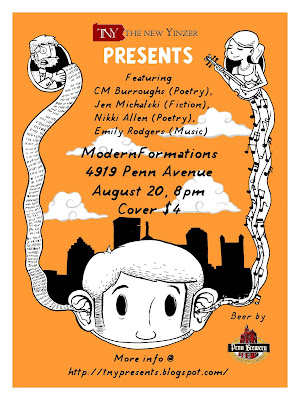 Posted by SavannahSchrollGuz at 12:40 PM